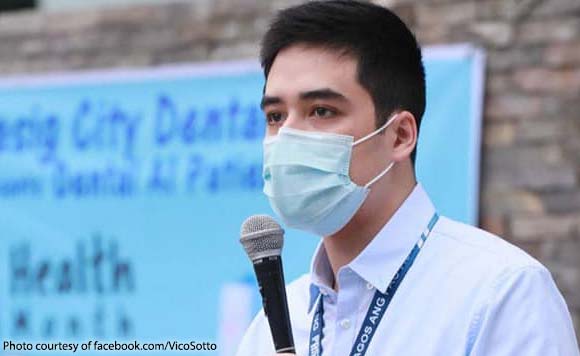 Pasig Mayor Vico Sotto has accused “dilawans” or people allied with the Aquino administration of twisting his words to cast President Rodrigo Duterte in a bad light.

Sotto set the record straight on his statement on families elected to political posts, which have become the subject of social media posts against Duterte.

However, the mayor said in a Facebook post that he wasn’t referring to any family when he made the statement.

The mayor said he had to clarify the context of his statement to let people know that fake news abounds and will continue to do so in the run up to the 2022 elections.

Sotto said he’s also too busy running the city to bother himself with national issues.