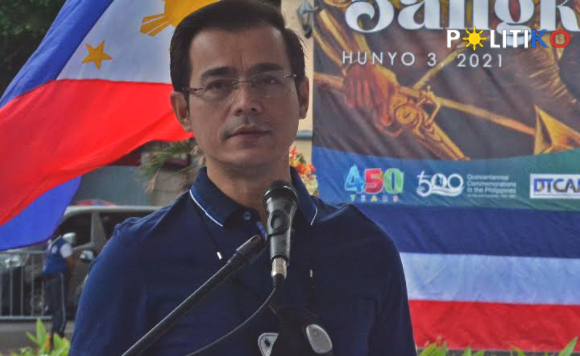 0
117
Want more POLITIKO News? Get the latest newsfeed here. We publish dozens and dozens of politics-only news stories every hour. Click here to get to know more about your politiko - from trivial to crucial. it's our commitment to tell their stories. We follow your favorite POLITIKO like they are rockstars. If you are the politiko, always remember, your side is always our story. Read more. Find out more. Get the latest news here before it spreads on social media. Follow and bookmark this link. https://goo.gl/SvY8Kr

In an interview on ANC’s “Headstart” Friday, June 4, Moreno was asked about his thoughts about the possibility of another Duterte leading the country for another six years.

“Ayokong pangunahan ang taumbayan sa pagpili nila ng kanilang lider. But I hope they will not be called stupid later on,” he said.

Moreno said he doesn’t believe a government position should be inherited in a democratic government.

“Ang demokrasya ang taumbayan ang pumipili, hindi ipinipilit yung mga kalahi nya pagkatapos na niya. Hindi ako naniniwala dyan and I am not gonna vote for that as a voter and I disagree as a citizen of this country,” he said.

Moreno has been floated as one of the politikos whom Duterte might endorse for president in case the mayor decides to run for higher office in 2022.