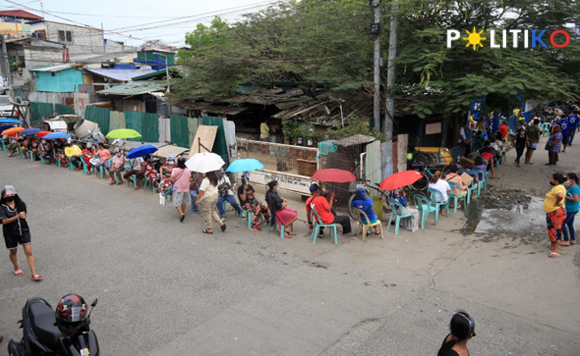 0 118
1
Want more POLITIKO News? Get the latest newsfeed here. We publish dozens and dozens of politics-only news stories every hour. Click here to get to know more about your politiko - from trivial to crucial. it's our commitment to tell their stories. We follow your favorite POLITIKO like they are rockstars. If you are the politiko, always remember, your side is always our story. Read more. Find out more. Get the latest news here before it spreads on social media. Follow and bookmark this link. https://goo.gl/SvY8Kr

The local government of Manila has finished distributing financial assistance to the 380,820 families affected by the enhanced community quarantine, Mayor Isko Moreno said Wednesday, May 12.

Moreno said the city government was able to distribute the cash aid within 35 days since the start of Manila Department of Social Welfare’s (MDSW) distribution last April 6.

“Thank you sa national government. Dumating ang tulong ninyo thru the effort ng aking mga kasamahang naglilingkod sa Pamahalaang Lungsod ng Maynila. We give credit when it’s due and to whom it’s due,” he said.

About 6,421 Persons with Disabilities, 4,241 solo parents, and 20,335 persons under vulnerable groups (i.e. informal workers and transport groups) in the city have also received their emergency financial assistance from the national government.

Adding to this, a total of 9,072 families who were not included in the initial list of DSWD beneficiaries likewise received their financial assistance as stated under the JMC resolution Item No. 4.