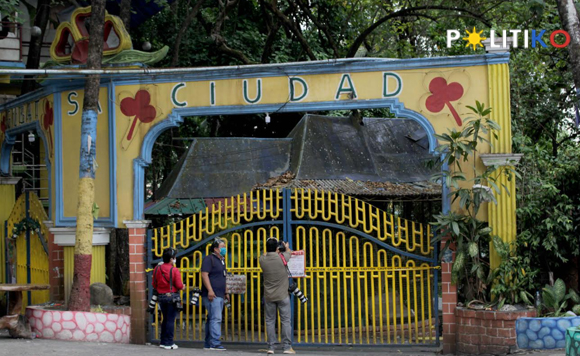 MANILA – The Caloocan City government is set to file charges against village officials and the owner of the Gubat sa Ciudad Resort that was found operating despite the modified enhanced community quarantine (MECQ) implemented in the city, Interior Secretary Eduardo Año said on Monday.

“The LGU will file cases against the barangay officials and the concerned violators regarding the Gubat as Ciudad Resort incident. The business permit has been revoked already and the resort was closed down as of 5 p.m. yesterday (Sunday). The Philippine National Police (PNP) is working closely with Caloocan LGU on the ongoing investigation and subsequent filing of cases,” Año said in a message sent to the Philippine News Agency (PNA) when sought for a comment.

Año said the local police has also summoned Barangay 171 chairperson Romeo Rivera while contact tracing and testing of all those who visited the resort are underway.

“This will serve as a reminder and warning to all LGUs in line with DILG Memorandum Circular 2021-050 regarding the directives on the roles of LCEs (local chief executives) in the implementation of minimum public health standards especially on the prohibition against public or mass gatherings,” he stressed.

Meanwhile, PNP chief Gen. Guillermo Eleazar ordered the Caloocan City Police Office to conduct an investigation and identify those liable for the incident.

In photos that went viral on social media, guests were seen bathing in the resort during the celebration of Mother’s Day on Sunday.

Under MECQ guidelines, resorts are among businesses that are not allowed to operate to prevent the further spread of the coronavirus disease 2019 (Covid-19).

“The best thing to do is prevent that to happen and we are seeking, appealing to the establishments in the different areas, to prevent this from happening. NCR Plus is under MECQ and as such, there is a violation because mass gatherings are prohibited. This is why the Caloocan mayor has revoked the permit and will file charges against the owner of the resort,” Eleazar told reporters during his first press conference as PNP chief in Camp Crame on Monday.

Eleazar said aside from the resort owners, the barangay officials may also be charged for failing to detect the illegal operation of the resort under Article 208 Revised Penal Code.

“This should serve as a lesson and warning again to all others not just the establishments, owners and management, but the barangay chairmen,” he added.

Eleazar said they are also looking into the possibility of filing charges against those who went swimming in the resort. (PNA)