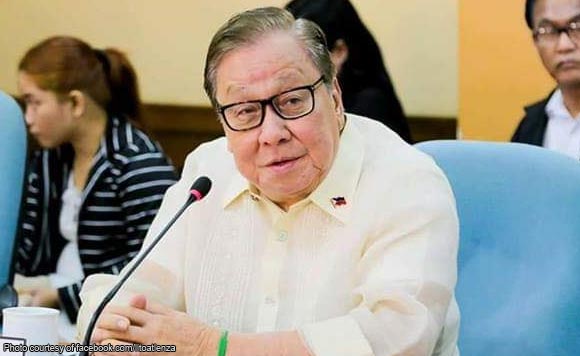 Deputy Speaker and Buhay party-list Rep. Lito Atienza on Sunday said that it may take several years before the public can safely swim in the waters of Manila Bay.

“Sadly, we expect the bay’s fecal coliform levels to stay extremely elevated in the years ahead, considering that some 85% or 13.9 million of the water-served population in Metro Manila are still not hooked up to a sewage network,” Atienza said.

He said the bigger portion of Metro Manila’s toilet waste will continue to get discharged into storm water drains and flow untreated into channels like the Pasig River, which led to Manila Bay.

The fecal coliform level of Class B coastal waters deemed safe for swimming and other recreational activities should not exceed 200 most probable number (MPN) per 100 milliliters (ml), according to the Department of Environment and Natural Resources (DENR).

Atienza said the DENR should exert more pressure on the private water concessionaires to expeditiously fulfill their obligations under the Clean Water Act of 2004.

“Under the law, they are supposed to attach all households to a sewage system, and then treat all the collected wastewater. They can either reuse the cleaned water, or recycle it back into the natural environment,” Atienza explained.

Both Manila Water Co. Inc. and Maynilad Water Services Inc. have projected that they will need another 16 years, or until 2037, to connect all homes to a sewage network.

In 2019, the Supreme Court (SC) penalized the two concessionaires and the Metropolitan Waterworks Sewerage System (MWSS) with P1.84 billion in combined fines due to their failure to connect households to a sewage system and their lack of wastewater treatment facilities.

The three parties were ordered to pay a rolling penalty of P322,102 per day until the 100% sewage connection is achieved.

The tribunal upheld the penalty originally imposed by Atienza when he was Secretary of DENR in 2009, after the concessionaires failed to comply with the Clean Water Act’s five-year deadline for them to link up their customers to a sewage system.