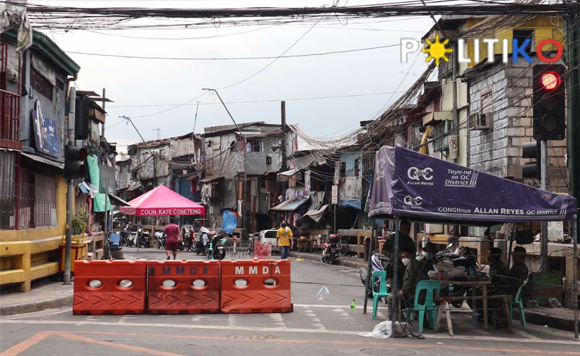 0
4
Want more POLITIKO News? Get the latest newsfeed here. We publish dozens and dozens of politics-only news stories every hour. Click here to get to know more about your politiko - from trivial to crucial. it's our commitment to tell their stories. We follow your favorite POLITIKO like they are rockstars. If you are the politiko, always remember, your side is always our story. Read more. Find out more. Get the latest news here before it spreads on social media. Follow and bookmark this link. https://goo.gl/SvY8Kr

MANILA – The Quezon City government is taking an aggressive stance in implementing the Special Concern Lockdown Area (SCLA), most especially in places where residents are observed not following the minimum public health safety protocols.

“Ngayon kahit wala pang index case na makikita sa isang lugar basta’t makita ng mga enforcers natin na maluwag ang mga tao doon hindi nagsusuot ng mask, hindi sumusunod sa minimum health standard, we are assuming already na meron na silang infection doon kahit wala pang na-test so we already lock down those areas kahit na wala pang index case (Even when we do not have an index case, as long as our enforcers see that people in certain areas do not wear their mask, do not follow the minimum health standards, we are assuming already that there is an infection even if nobody has been tested yet, we place the area under lockdown),” Mayor Joy Belmonte said during a virtual press conference on Wednesday.

The move is an “innovation” in addressing the alarming increase in the number of coronavirus disease (Covid-19) infections in the city, Belmonte said.

As of the latest data, 28 areas in the city are under SCLA. These are the following:

Earlier, the city government imposed granular lockdowns only in areas with clustering of Covid-19 cases or evidence of community transmission.

Meantime, the city government assured that all affected families are given food packs and essential kits while under lockdown and would be subjected to swab tests and the mandatory 14-day quarantine.