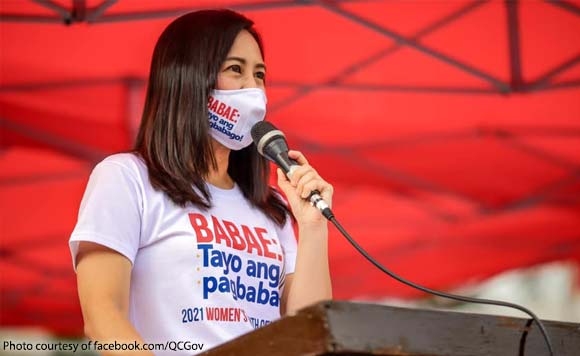 0
6
Want more POLITIKO News? Get the latest newsfeed here. We publish dozens and dozens of politics-only news stories every hour. Click here to get to know more about your politiko - from trivial to crucial. it's our commitment to tell their stories. We follow your favorite POLITIKO like they are rockstars. If you are the politiko, always remember, your side is always our story. Read more. Find out more. Get the latest news here before it spreads on social media. Follow and bookmark this link. https://goo.gl/SvY8Kr

Quezon City Mayor Joy Belmonte and the bishops of the Dioceses of Cubao and Novaliches have agreed to limit Holy Week activities to arrest the rise in number of COVID-19 cases.

Belmonte met on Thursday, March 11, with Bishops Roberto Gaa and Honesto Ongtioco of the Diocese of Novaliches and Cubao, respectively, and agreed to implement some restrictions in the observance of the Holy Week, which will begin on March 28 until April 4.

It was agreed during the meeting that the conduct of penitentia or traditional penance involving self-flagellation, crucifixion or self-infliction of pain will be prohibited.

Physical gatherings for pabasa or reading of the passion of Christ is prohibited. Virtual or online pabasa is instead encouraged.

The traditional Visita Iglesia or Stations of the Cross are also encouraged to be practiced online, she added.

Public gatherings for palaspas or Palm Sunday on March 28 and salubong or the welcoming of the risen Christ on Easter Sunday shall be suspended.

Step closer to normalcy: Fresnedi thanks Duterte for Sputnik…