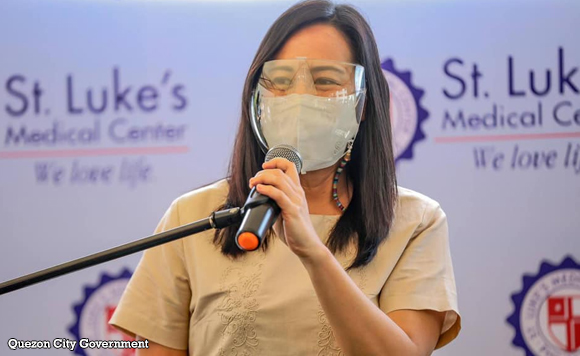 Quezon City Mayor Joy Belmonte has signed an ordinance establishing a council that will oversee the implementation of Republic Act 10364 or the Expanded Anti- Trafficking in Persons Act of 2012.

The council will collaborate with the QC Joint Task Force Against Trafficking in Persons (QJTFATP) to form plans and programs for the prevention and/or reduction of trafficking in persons.

The QCCAT is composed of the City Mayor as chairperson, Vice Mayor as co-chairperson, and the head of the Social Services Development Department (SSDD) as vice-chairperson.

The chairpersons of the Committees on Women, Family Relations and Gender Equality, Children’s Affairs, Social Services, and Public Order and Safety are included as members along with the presidents of the Liga ng mga Barangay and QC Pederasyon ng Sangguniang Kabataan.