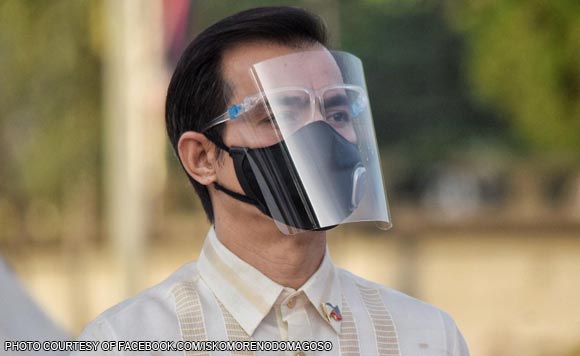 0 85
Share
Want more POLITIKO News? Get the latest newsfeed here. We publish dozens and dozens of politics-only news stories every hour. Click here to get to know more about your politiko - from trivial to crucial. it's our commitment to tell their stories. We follow your favorite POLITIKO like they are rockstars. If you are the politiko, always remember, your side is always our story. Read more. Find out more. Get the latest news here before it spreads on social media. Follow and bookmark this link. https://goo.gl/SvY8Kr

Manila Mayor Isko Moreno has expressed openness to Tourism Secretary Berna Romulo Puyat’s suggestion that the city’s parks be opened once a week to people of all ages.

“Of course, we want to support [domestic] tourism, lalo na ngayon. At least kahit papaano may madudulot na negosyo at trabaho ‘yan. If there is an open space, an alternative for the people to go to, we’ll support it,” he said.

Puyat recently said the Department of Tourism is considering a “no age restriction policy” for visitors to Intramuros, which was recently reopened to the public on February 17. However, tourist sites such as Fort Santiago, Casa Manila Museum, and Baluarte de San Diego can only be visited by individuals aged 15 to 65 years old.

For his part, Moreno urged the public to visit Intramuros, saying they could enjoy it better nowadays since there are fewer tourists allowed.