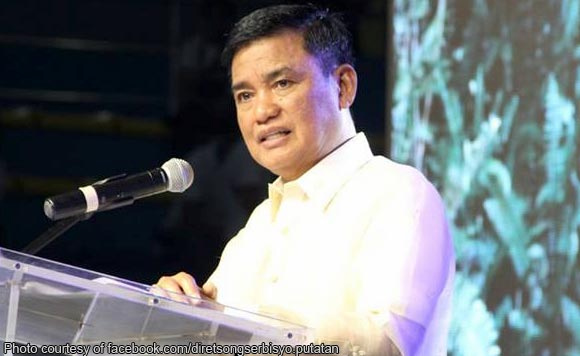 0
4
Want more POLITIKO News? Get the latest newsfeed here. We publish dozens and dozens of politics-only news stories every hour. Click here to get to know more about your politiko - from trivial to crucial. it's our commitment to tell their stories. We follow your favorite POLITIKO like they are rockstars. If you are the politiko, always remember, your side is always our story. Read more. Find out more. Get the latest news here before it spreads on social media. Follow and bookmark this link. https://goo.gl/SvY8Kr

Muntinlupa Mayor Jaime Fresnedi is offering a P100,000 to anyone who could provide information on the gunman who killed a local traffic enforcer.

According to Muntinlupa City Police Station, Manalo was talking on his mobile phone when the suspect came from behind and shot him in the head that caused his immediate death. One empty shell of caliber .45 pistol was recovered in the crime scene.

A fellow traffic enforcer who witnessed the shooting incident told Muntinlupa Police that the suspect immediately fled on foot.

MTMB chief Danidon Nolasco said Manalo was part of the road clearing team that has been conducting operations in compliance with a memorandum from the Department of the Interior and Local Government (DILG) ordering local governments to clear roads of illegal obstructions.

Fresnedi said Manalo’s killing was an insult to public office workers carrying out their duties. He vowed to provide financial assistance to the traffic enforcer’s family.