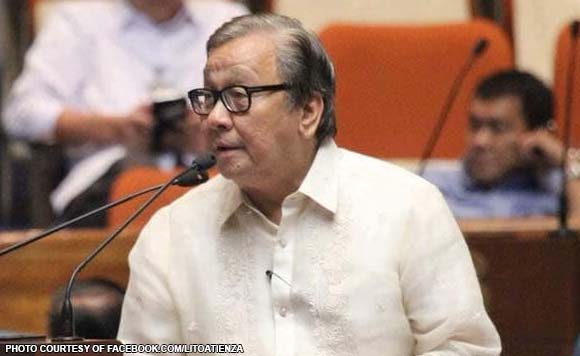 Buhay party-list Rep. Lito Atienza said the uncontrolled outflow of human sewage into Manila Bay must be stopped for the waterway to be rehabilitated.

Atienza, a former three-term mayor of Manila, made the call as current data shows Manila Bay is now “several times filthier” than it was 22 years ago.

“Based on the most recent water samples taken from major outfalls along Roxas Boulevard, fecal coliform counts now range anywhere from 11 million to 54 million MPN per ml,” he said.

It was in 1999 when concerned residents first launched a civil action that eventually led to a Supreme Court order forcing 13 agencies to clean up Manila Bay.

A very high fecal coliform count suggests the heavy presence of bacteria or viruses in the water that may cause diseases such as typhoid fever, viral and bacterial gastroenteritis and hepatitis A.

“Clearly, the bulk of Metro Manila’s household toilet waste continues to drain into waterways, including the Pasig River, that all empty out into the bay every day,” Atienza said.