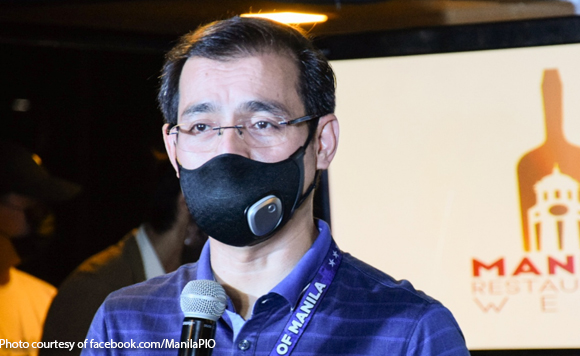 0
1
Want more POLITIKO News? Get the latest newsfeed here. We publish dozens and dozens of politics-only news stories every hour. Click here to get to know more about your politiko - from trivial to crucial. it's our commitment to tell their stories. We follow your favorite POLITIKO like they are rockstars. If you are the politiko, always remember, your side is always our story. Read more. Find out more. Get the latest news here before it spreads on social media. Follow and bookmark this link. https://goo.gl/SvY8Kr

Manila Mayor Isko Moreno will consult the city’s health department and mall owners regarding the recommendation of the Inter-Agency Task Force (IATF) on Emerging Infectious Diseases to ease restrictions in cinemas, theme parks, arcades and museums.

Moreno told reporters on Monday, February 15, that he wants to know if a technical study has been made regarding the impact of allowing leisure places to resume operations amid the COVID-19 pandemic.

Moreno said the implementation of the IATF’s recommendation requires “tough preparation and responsibility.”

“While it is true that we really wanted to move on, kailangan lang maging responsable kasi syempre may concern rin naman yung ibang tao,” he added.

Aside from movie theaters and gaming arcades, the IATF also allowed driving schools, libraries and cultural centers to resume operations in areas under general community quarantine (GCQ). The capacity for religious gatherings has also been increased to 50 percent of the venue.