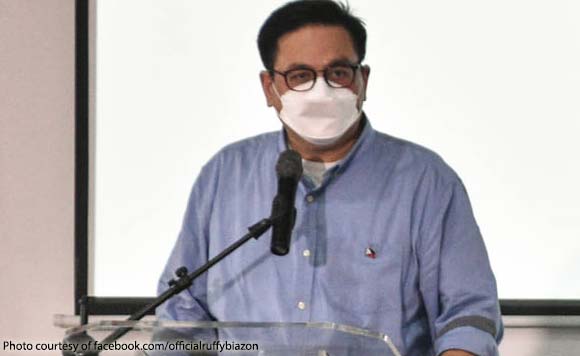 Muntinlupa Rep. Ruffy Biazon has called on President Rodrigo Duterte to reconsider the termination of the Visiting Forces Agreement (VFA) amid warming relations between the Philippines and the administration of US President Joe Biden.

“In light of this warming relations between the Philippines and US under the fledgling Biden administration, it might be the opportune time for the Philippines to reconsider the termination of the VFA, which was decided during different circumstances and an administration that has been replaced,” the lawmaker said.

Biazon issued the statement after US Secretary of Defense Lloyd Austin III affirmed the United States’ commitment to the US-Philippines alliance, the Mutual Defense Treaty, and the VFA during an introductory call with Defense Secretary Delfin Lorenzana.

The two Defense Secretaries discussed, among others, the importance of enhancing the Armed Forces of the Philippines’ capabilities and increasing interoperability between the two countries’ militaries through a variety of bilateral security cooperation activities.

Biazon said this opportunity for a fresh start may also be the time to recalibrate the two countries’ relations, including the possible tweaking of the VFA.

“It would be an appropriate response to the law passed by China authorizing its Coast Guard to use weapons against Filipinos in disputed waters,” he said.

China’s Coast Guard Law took effect on February 1, which allows the Chinese Coast Guard ships to use lethal force on foreign ships that do not obey orders to leave disputed waters.