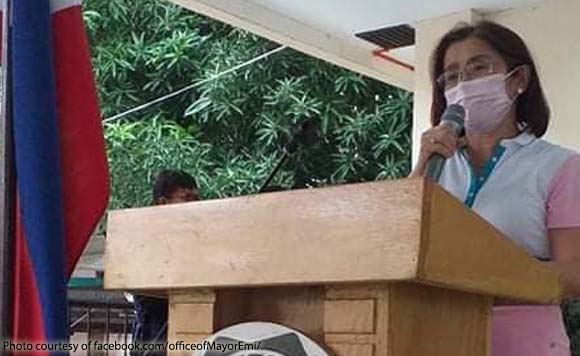 0
5
Want more POLITIKO News? Get the latest newsfeed here. We publish dozens and dozens of politics-only news stories every hour. Click here to get to know more about your politiko - from trivial to crucial. it's our commitment to tell their stories. We follow your favorite POLITIKO like they are rockstars. If you are the politiko, always remember, your side is always our story. Read more. Find out more. Get the latest news here before it spreads on social media. Follow and bookmark this link. https://goo.gl/SvY8Kr

Pasay City Mayor Emi Calixto-Rubiano plans to vaccinate over 6,000 residents against COVID-19 once supplies arrive in the country.

At the visit of members of the Coordinated Operations to Defeat Epidemic (CODE) Team on February 4, Calixto-Rubiano said the 4,546 frontline health workers will be the city’s first priority in receiving the COVID-19 vaccine.

The second priority, she said, are the senior citizens, to be followed by indigent residents and uniformed personnel.

As part of the city government’s preparations for the arrival of COVID-19 vaccines, Calixto-Rubiano said 17 vaccination sites are now being prepared in Pasay. In particular, these locations include 11 schools, two barangay covered courts and four hospitals.

The city government also plans to tap 17 doctors as part of the vaccination workforce. They will be augmented by nearly 300 support personnel.