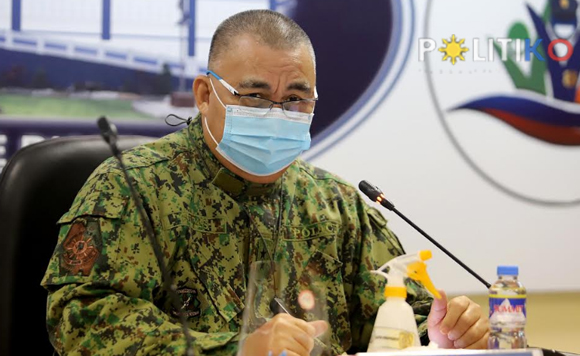 0
31
Want more POLITIKO News? Get the latest newsfeed here. We publish dozens and dozens of politics-only news stories every hour. Click here to get to know more about your politiko - from trivial to crucial. it's our commitment to tell their stories. We follow your favorite POLITIKO like they are rockstars. If you are the politiko, always remember, your side is always our story. Read more. Find out more. Get the latest news here before it spreads on social media. Follow and bookmark this link. https://goo.gl/SvY8Kr

MANILA – Philippine National Police (PNP) chief Gen. Debold Sinas on Wednesday approved the recommendation of the Directorate for Investigation and Detective Management (DIDM) for the relief of four Makati City policemen, including the chief of police, due to the possible liability on the investigation of the death of flight attendant Christine Dacera.

The DIDM has recommendation the relief from their post of Makati police chief Col. Harold Depositar, two investigators of the case, and a medico-legal officer and SOCO personnel from the Southern Police District, pending the investigation on their possible lapses and negligence.

Sinas earlier directed the DIDM to conduct a separate inquiry and recommend their findings on any liabilities of Makati police officers involved in the ongoing investigation of the Dacera case.

“All of them will be momentarily relieved from their posts due to ongoing internal investigation ongoing,” Sinas told reporters at the sidelines of opening of Civil Security Group (CSG) Satellite Office (SATO) at 2nd Floor, North Park Bldg., SM MOA Complex, Pasay City.

Meanwhile, Danao said he will implement the relief depending on the result of the preliminary investigation of the Dacera case.

“Titignan ko muna pero be as it may kung ano man nakikita natin lapses (I will see it first but be as it may whatever lapses we may find) after the result of the preliminary investigation then we will implement pero (but) the meantime since then investigation is still ongoing and siyempre sila ang first responder doon sa areas they will remain as is pero kung ano man ang magiging outcome lalo na if is not in favor sa pag-file ng (of course they are the first responders in the areas, they will remain as is but whatever the outcome especially if it is not favor for those who filed the) case definitely heads will roll,” Danao said.

Danao said it will be very unfair to immediately relieve the Makati policemen without waiting for the outcome of the case.

“So kung hindi magiging maganda ang outcome ng case, definitely may lapses na nangyare, (So if the outcome of the case is not favorable, definitely there are lapses) that cause the dismissal,” Danao said.

The Makati City Prosecutor’s Office set a second hearing on Jan. 27 as the PNP is still awaiting the results of forensics tests on Dacera’s body such as DNA analysis, toxicology/chemical analysis, histopathology examination, and laboratory results from the Makati Medical Center.

Seven of the 11 respondents attended the initial preliminary investigation on Jan. 13 with five of them already having submitted counter-affidavits.

Dacera was found dead in her hotel room in Makati City around noon on Jan. 1 after a private New Year’s Eve party with her friends.

The initial autopsy conducted by the Southern Police District’s Crime Laboratory Office on Dacera showed that the cause of her death was “ruptured aortic aneurysm”.

Dacera was laid to rest in her hometown in General Santos City on Jan. 10. (PNA)