Mike Defensor urges IATF to reconsider 5K cap on deployment of health workers: Why force them to stay if there are no jobs in PH? 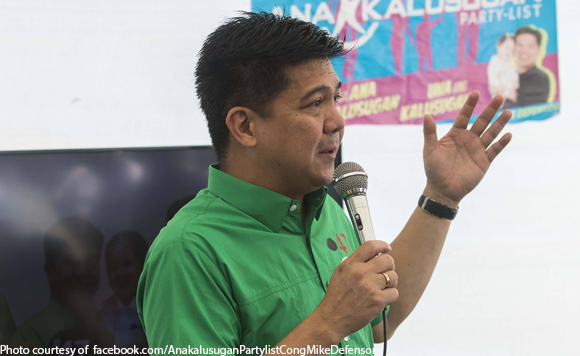 0 74
Share
Want more POLITIKO News? Get the latest newsfeed here. We publish dozens and dozens of politics-only news stories every hour. Click here to get to know more about your politiko - from trivial to crucial. it's our commitment to tell their stories. We follow your favorite POLITIKO like they are rockstars. If you are the politiko, always remember, your side is always our story. Read more. Find out more. Get the latest news here before it spreads on social media. Follow and bookmark this link. https://goo.gl/SvY8Kr

Anakalusugan party-list Rep. Mike Defensor has called on the Inter-Agency Task Force on Emerging Infectious Diseases (IATF) to reconsider the 5,000 annual limit on the number of Filipino healthcare workers who could leave the country for jobs overseas.

Defensor, a vice chairman of the House committee on health, said exit quotas or similar restrictions will only expose individuals to potential exploitation, from the time they apply for overseas employment certificates up to their point of departure in immigration counters.

“As far as we’re concerned, there’s really no point in restraining our healthcare workers from leaving for abroad, if we can’t provide them good-paying jobs here at home,” he said in a statement on Sunday, January 17.

“If they’ve already received hiring notices from foreign employers, we should just allow them to leave,” Defensor added.

According to the Philippine Overseas Employment Administration, nurses comprise the largest group of newly hired healthcare workers leaving the country every year.