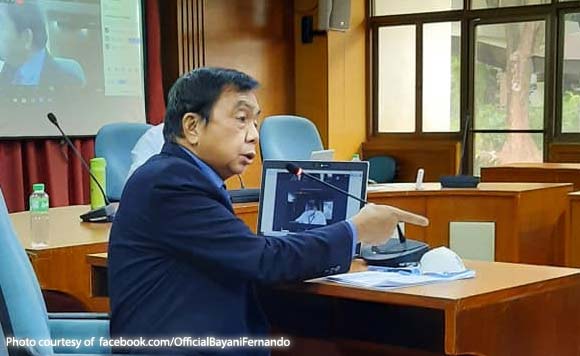 Marikina Rep. Bayani Fernando is blaming the flooding in the city to the narrowing of Marikina River and the construction of the Manalo bridge.

In a report released on Wednesday, January 13, Fernando said the flooding problem could be traced to Manggahan, Pasig City and Bagumbayan, Quezon City, which are 2.5 kilometers away from Marikina.

He said Manalo bridge slows down the floodwaters before going to Laguna lake.

Fernando issued the statement to dispute the claim of Marikina Mayor Marcy Teodoro that the lawmaker’s company, BFCT, should be blamed for flooding in the city during Typhoon Ulysses last year.