OK to buy property but…: Stella Quimbo looks to Thailand as model for foreign land ownership 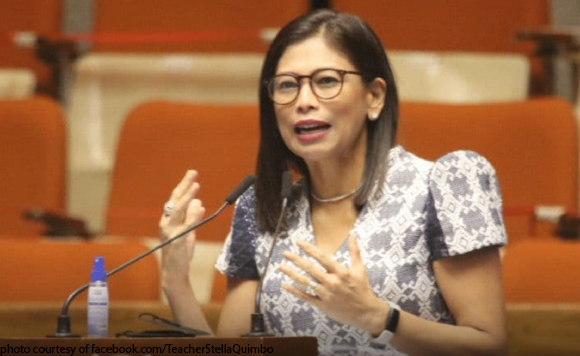 0 151
Share
Want more POLITIKO News? Get the latest newsfeed here. We publish dozens and dozens of politics-only news stories every hour. Click here to get to know more about your politiko - from trivial to crucial. it's our commitment to tell their stories. We follow your favorite POLITIKO like they are rockstars. If you are the politiko, always remember, your side is always our story. Read more. Find out more. Get the latest news here before it spreads on social media. Follow and bookmark this link. https://goo.gl/SvY8Kr

Marikina Rep. Stella Quimbo favors allowing foreigners to own land in the Philippines but said safeguards must be put in place.

Quimbo, an economist, said adding the clause “unless otherwise provided by law” to the Constitution’s provision on foreign land ownership will allow Congress to qualify which types of land can be bought by aliens and for which purposes.

Quimbo said the Philippines can take notes from Thailand, which limits foreign land ownership for residential purposes or for commercial activities in tourist spots or for business purposes within economic zones.

Foreigners are not allowed to own land in military security areas in Thailand.

“Baka pwedeng tulad nito ang gawing modelo ng Pilipinas. We can allow land ownership by foreigners only for specific purposes like manufacturing or tourism. We can disallow the purchase by foreigners of land for purposes of investment or speculation,” the lawmaker said.