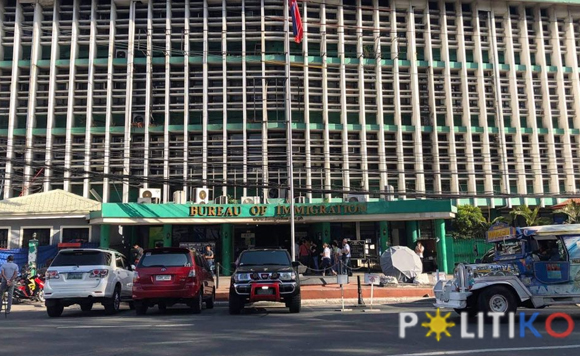 0 54
Share
Want more POLITIKO News? Get the latest newsfeed here. We publish dozens and dozens of politics-only news stories every hour. Click here to get to know more about your politiko - from trivial to crucial. it's our commitment to tell their stories. We follow your favorite POLITIKO like they are rockstars. If you are the politiko, always remember, your side is always our story. Read more. Find out more. Get the latest news here before it spreads on social media. Follow and bookmark this link. https://goo.gl/SvY8Kr

A Korean fugitive was found dead Monday (Jan. 4) at the detention facility of the Bureau of Immigration (BI), BI Spokesperson Dana Sandoval said.

Sandoval identified the dead Korean as Son Byeongkweon, 52, who was found dead at the BI’s Warden Facility (BIWF) in Taguig City.

“The matter was reported to the PNP SOCO (Philippine National Police-Scene of the Crime Office) to conduct an investigation of the scene,” the spokesperson said.

“Coordination has likewise been made with the Korean Embassy regarding the incident, to make preparations for his remains, as we wait for the result of the PNP investigation,” she added.

Sandoval said “Son was committed to the facility last 29 December 2020, after being intercepted at the Ninoy Aquino International Airport.”

“He was considered a fugitive from justice, as per Interpol records, with a warrant of arrest in Korea for fraud,” she said.