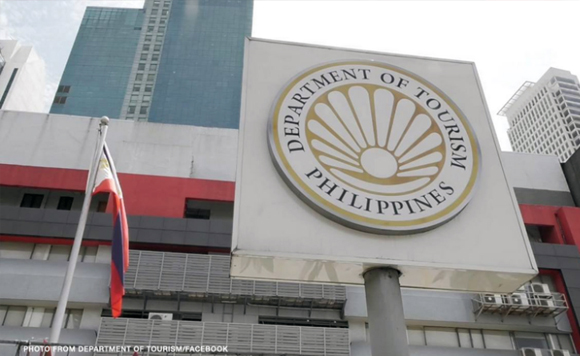 0 91
Share
Want more POLITIKO News? Get the latest newsfeed here. We publish dozens and dozens of politics-only news stories every hour. Click here to get to know more about your politiko - from trivial to crucial. it's our commitment to tell their stories. We follow your favorite POLITIKO like they are rockstars. If you are the politiko, always remember, your side is always our story. Read more. Find out more. Get the latest news here before it spreads on social media. Follow and bookmark this link. https://goo.gl/SvY8Kr

The Department of Tourism (DOT) on Tuesday issued a show-cause order to the City Garden Grand Hotel in Makati City over possible violations of general community quarantine (GCQ) guidelines for accepting guests when it is being used as a quarantine facility.

The hotel allegedly allowed a New Year’s Eve party joined by flight attendant Christine Dacera, who was found unconscious in a bathtub on Jan. 1, and her friends.

Dacera and some of her companions then checked in in one of the hotel’s rooms on the said date.

In the show cause order, DOT-National Capital Region Director Woodrow Maquiling Jr. said hotels in areas under GCQ that currently serve as quarantine facilities “may not provide accommodation for leisure purposes” or staycation.

Maquiling directed the general manager of City Garden Grand Hotel to explain within three days why their DOT accreditation should not be suspended or revoked for violation of the government guidelines.

Before an accommodation establishment can accept guests checking-in for leisure purposes, it must first undergo an assessment from the DOT and secure a certificate of authority to operate as staycation (CAOS) hotel.

According to the DOT, the City Garden Grand Hotel is not included in the list of 15 hotels issued with CAOS in Metro Manila.

Both the City Garden Hotel and the five-star City Garden Grand Hotel are listed as temporary quarantine facilities.

Three persons have been arrested for Dacera’s case, while nine others are being hunted by authorities.

Based on initial reports, Dacera and the suspects celebrated New Year’s Eve at the hotel. The victim was found unconscious inside her hotel room the following day and was rushed to the hospital, where she was declared dead. (PNA)