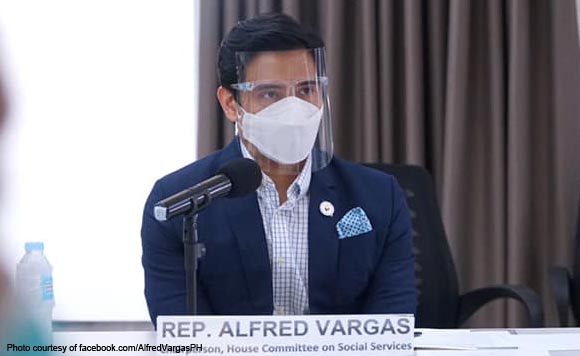 0 65
25
Want more POLITIKO News? Get the latest newsfeed here. We publish dozens and dozens of politics-only news stories every hour. Click here to get to know more about your politiko - from trivial to crucial. it's our commitment to tell their stories. We follow your favorite POLITIKO like they are rockstars. If you are the politiko, always remember, your side is always our story. Read more. Find out more. Get the latest news here before it spreads on social media. Follow and bookmark this link. https://goo.gl/SvY8Kr

In an interview with Philippine Star entertainment editor Ricky Lo, Vargas said filmmaking is his passion.

“Do I plan to produce more movies? Oh yes, I would but, of course, I hope to do so with public support. I want to do a movie for children, something that my children and I can watch together,” he said.

Vargas stars in “Tagpuan,” a romance entry to the Metro Manila Film Festival. The movie is produced by the lawmaker’s own company, Alternative Vision Cinema (AVC).

He urged the public to watch MMFF movies, which will be streamed online starting December 25.

“This year’s MMFF has a good line-up so I am inviting people not just from here but other parts of the world to take time to watch them. Kahit saang parte ka ng mundo, puede ka manood,” Vargas said.