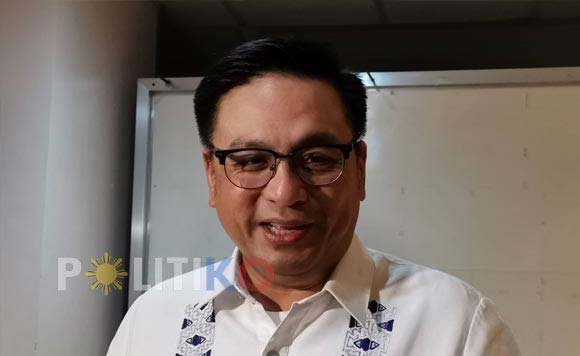 0 82
Share
Want more POLITIKO News? Get the latest newsfeed here. We publish dozens and dozens of politics-only news stories every hour. Click here to get to know more about your politiko - from trivial to crucial. it's our commitment to tell their stories. We follow your favorite POLITIKO like they are rockstars. If you are the politiko, always remember, your side is always our story. Read more. Find out more. Get the latest news here before it spreads on social media. Follow and bookmark this link. https://goo.gl/SvY8Kr

Muntinlupa City Rep. Ruffy Biazon has filed a measure providing for a fixed, three-year term for the Armed Forces chief to eliminate the revolving door policy on appointments for the position and shield the selection process from being politicized.

House Bill 7677 also proposes a minimum two-year term of office for major service commanders without prejudice to being appointed to a higher position.

An officer cannot be appointed as a major service commander if the said officer has less than two years of active service remaining. No term extension shall also be allowed except for the chief of staff, which may be extended in cases of war or national emergencies as Congress may declare.

Biazon, a senior vice chair of the House Committee on National Defense and Security, said the current selection process has a tendency to politicize the office of the AFP chief of staff as the appointment to the position has to be confirmed by the Commission on Appointments (CA).

“The current setup leads to situations where some officers jockey for the position by trying curry favors with politicians in the hopes that they get appointed”, he explained.

Biazon also lamented that AFP chiefs and the military’s major service commanders oftentimes have terms so short that they could not properly initiate and implement plans and programs, to the detriment of the organization. His bill, he said, seeks to correct this problem.