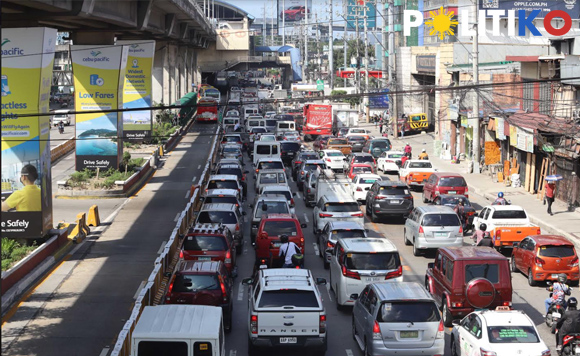 0 69
Share
Want more POLITIKO News? Get the latest newsfeed here. We publish dozens and dozens of politics-only news stories every hour. Click here to get to know more about your politiko - from trivial to crucial. it's our commitment to tell their stories. We follow your favorite POLITIKO like they are rockstars. If you are the politiko, always remember, your side is always our story. Read more. Find out more. Get the latest news here before it spreads on social media. Follow and bookmark this link. https://goo.gl/SvY8Kr

The Metropolitan Manila Development Authority (MMDA) on Friday announced that the scheduled closure of the EDSA-Bagong Barrio U-turn slot next week will be delayed until January next year.

In an advisory, the MMDA said the U-turn slot, scheduled for closure on Monday (December 7), will instead be closed on January 4, 2021.

“The postponement of the U-turn slot closure is in deference to the Christmas season,” the MMDA said.

To date, the MMDA has closed six U-turn slots for the EDSA Busway project—in North Avenue, Congressional Ave., near Oliveros Drive, Balintawak, in front of Quezon City Academy, and in Dario Bridge (northbound and southbound).

In total, the MMDA plans to close 13 U-turn slots along EDSA to make way for the EDSA Busway and further improve its service to commuters.

Meanwhile, it said road reblocking works by the Department of Public Works and Highways (DPWH) will continue along Ortigas-Granada Road.