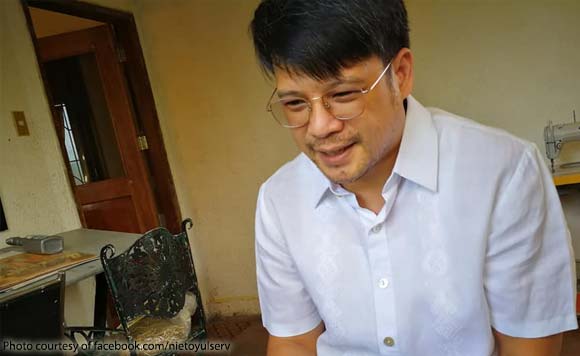 0 74
19
Want more POLITIKO News? Get the latest newsfeed here. We publish dozens and dozens of politics-only news stories every hour. Click here to get to know more about your politiko - from trivial to crucial. it's our commitment to tell their stories. We follow your favorite POLITIKO like they are rockstars. If you are the politiko, always remember, your side is always our story. Read more. Find out more. Get the latest news here before it spreads on social media. Follow and bookmark this link. https://goo.gl/SvY8Kr

Manila Rep. Yul Servo has welcomed the approval by the House Committee on Youth and Sports Development of a bill proposing for stiffer penalties against game-fixers in Philippine

Nieto said the measure, which seeks to repeal Presidential Decree No. 483 enacted in 1974, will make it easier to identify game fixers and hold them accountable. He noted that game fixers are only slapped with a P2,000 fine under the present law despite earning millions of pesos from game-fixing, point-shaving, and game machination.

Among others, the substitute bill provides that actual payment or receipt of money or valuable consideration is not a requirement to constitute the crime of game-fixing but it will be deemed a prima facie evidence of its commission.

The measure also imposes penalties on mere proposal, attempt, and conspiracy to perform game-fixing of up to Php1,000,000.00.

The Games and Amusements Board (GAB) is empowered to suspend or revoke the professional license of an athlete accused to have engaged or connived in game-fixing while the Philippine Sports Commission (PSC) shall have to remove athletes, coaches, and sports officials from the national team, ban them from participating in all PSC-organized and sanctioned amateur sports competitions or disqualify them from any form of nominations or awards.