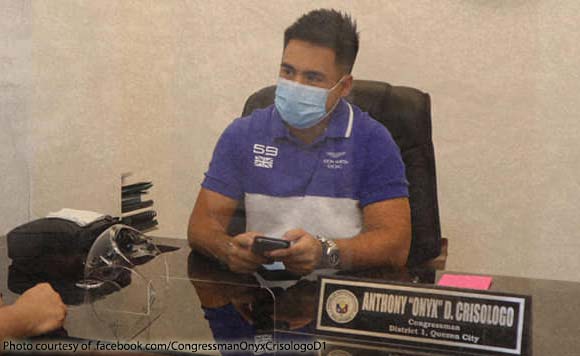 0 76
20
Want more POLITIKO News? Get the latest newsfeed here. We publish dozens and dozens of politics-only news stories every hour. Click here to get to know more about your politiko - from trivial to crucial. it's our commitment to tell their stories. We follow your favorite POLITIKO like they are rockstars. If you are the politiko, always remember, your side is always our story. Read more. Find out more. Get the latest news here before it spreads on social media. Follow and bookmark this link. https://goo.gl/SvY8Kr

Quezon City Rep. Onyx Crisologo has asked the Department of Transportation (DOTr) and Metro Manila Development Authority (MMDA) to reconsider its decision to close all U-turn slots along EDSA in light of the heavy traffic it caused.

While Crisologo said the closure of U-turn slots may shorten the travel time of buses along the carousel to 45 minutes, the move will defeat and trivialize the more important goal and that is to facilitate the movement of both commuters and private motorists.

“Shortening the travel time of carousel buses at the expence and prejudice of the greater number of motorists is of double wisdom,” Crisologo said.

The lawmaker proposed opening the intersection of Munoz and letting all vehicles to stop and go with no left turns even for buses plying EDSA.