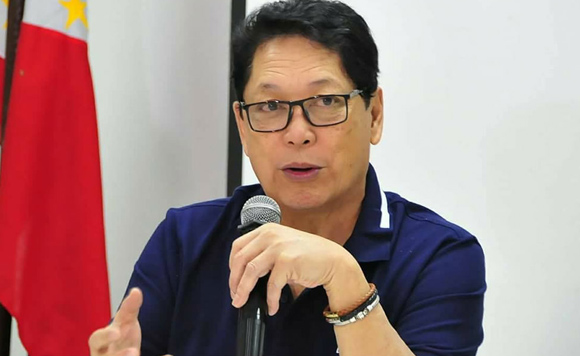 0 80
Share
Want more POLITIKO News? Get the latest newsfeed here. We publish dozens and dozens of politics-only news stories every hour. Click here to get to know more about your politiko - from trivial to crucial. it's our commitment to tell their stories. We follow your favorite POLITIKO like they are rockstars. If you are the politiko, always remember, your side is always our story. Read more. Find out more. Get the latest news here before it spreads on social media. Follow and bookmark this link. https://goo.gl/SvY8Kr

MANILA – The Department of Labor and Employment (DOLE) will soon allow the resumption of work at the affected area of the Skyway extension project in Muntinlupa City.

Labor Secretary Silvestre Bello III, in a Laging Handa briefing Thursday, said the DOLE-National Capital Region (NCR) has recommended the lifting of the work stoppage order (WSO) it issued following the accident over the weekend, which killed one motorist and injured six others after the contractor has complied with the occupational safety and health standards (OSHS).

“Actually, Regional Director (Sarah) Mirasol has a recommendation and that they have complied after they were informed of their violations,” he said.

Bello added that he is inclined to approve the recommendation of the regional director.

Bello said he ordered the partial lifting of the WSO allowing the construction of the whole project.

“Right now covered by the WSO is the affected portion of the project. I had to allow the construction of the entire project to commence, that’s under Build Build Build program and is scheduled to be completed before the end of the year,” he said.

Through the partial lifting of the order, Bello said they were also able to prevent the loss of jobs for affected workers.

“More importantly we are talking of about 900 workers. If we implemented the order, 900 workers will be affected. So I modified the order of our RD, I maintain the WSO where the accident took place but for the whole project the construction will continue,” he said. (PNA)