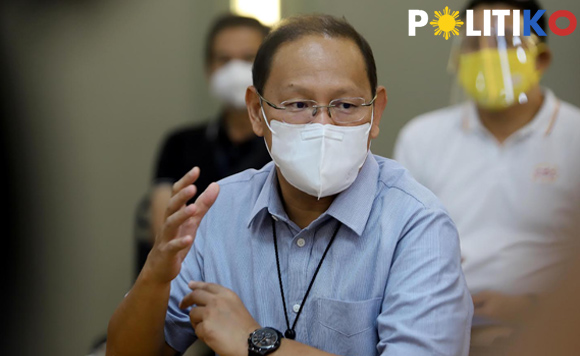 0 64
Share
Want more POLITIKO News? Get the latest newsfeed here. We publish dozens and dozens of politics-only news stories every hour. Click here to get to know more about your politiko - from trivial to crucial. it's our commitment to tell their stories. We follow your favorite POLITIKO like they are rockstars. If you are the politiko, always remember, your side is always our story. Read more. Find out more. Get the latest news here before it spreads on social media. Follow and bookmark this link. https://goo.gl/SvY8Kr

Marikina City Mayor Marcelino Teodoro on Tuesday said close to 90 percent of evacuees who were affected by Typhoon Ulysses have already returned to their residences.

“We have 10,500 families evacuated last week, last Nov. 12 during the typhoon. As we speak now, we only have 1,050 families remaining in the evacuation centers. So almost 90 percent of the evacuees have returned to their homes,” Teodoro said in a television interview.

Teodoro said the city government has already cleared 45 percent of the typhoon debris as local officials continue their clearing operations in the city’s major and secondary roads.

“It’s really imperative for us to clear the debris of the typhoon. Many of our roads are clogged with debris, the debris that we’re collecting is equivalent to one and a half years of garbage to be collected in the city,” he noted.

He said that more than 500 damaged houses have already been assessed by the local government while 980,000 cubic meters of debris have been collected.

Earlier, Teodoro has ordered rapid testing for residents affected by the devastation of Typhoon Ulysses at the city’s evacuation centers.

Teodoro said the strategy they are employing is prioritizing immunocompromised evacuees, other vulnerable individuals such as the elderly, and those with Covid-like symptoms.

This, he said, is due to the limited number of test kits they have.

“The city government has now ordered for additional rapid test kits,” he added.

He said there are currently over 15,000 individuals staying at the city’s evacuation sites.

Teodoro said there are now 190 contact tracers deployed to evacuation centers in the city.

The local government has also put up rapid testing centers at each evacuation site. (PNA)