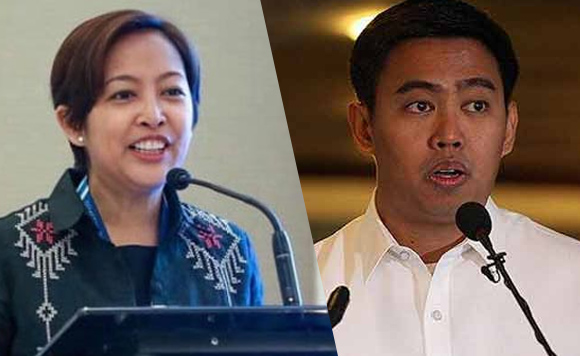 0 158
Share
Want more POLITIKO News? Get the latest newsfeed here. We publish dozens and dozens of politics-only news stories every hour. Click here to get to know more about your politiko - from trivial to crucial. it's our commitment to tell their stories. We follow your favorite POLITIKO like they are rockstars. If you are the politiko, always remember, your side is always our story. Read more. Find out more. Get the latest news here before it spreads on social media. Follow and bookmark this link. https://goo.gl/SvY8Kr

Makati Mayor Abby Binay and her brother, former mayor Jejomar Erwin “Junjun” Binay, have yet to bury the hatchet more than a year since they faced off against each other for Makati’s top post.

The rift between Abby and Junjun worsened when the former mayor decided to challenge his sister’s reelection bid. Abby was endorsed by their father while Junjun had the support of the Binay matriarch and their sister, Senator Nancy Binay.

Abby and Junjun were famously caught on camera arguing with one another at a forum during the 2019 campaign season.