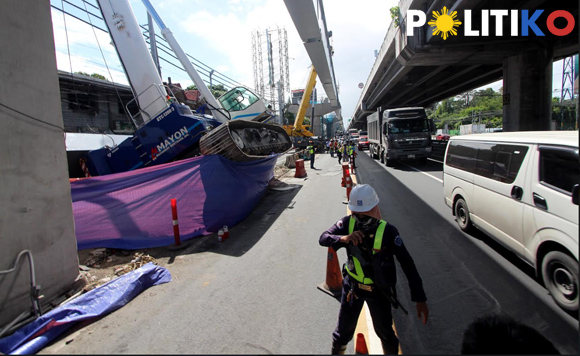 Muntinlupa City Rep. Ruffy Biazon wants an “urgent, in-depth” investigation into the collapse of a steel girder from a portion of the ongoing Skyway extension project along East Service Road, which left one person dead and six others injured.

In a statement, Biazon said the cause of the crane’s malfunction should be determined as soon as possible.

“To a layman’s observation, it appears to be a preventable accident. Definitely, the contractor will have to be held accountable to the loss of life, limb, and property,” he said.

“With the construction of the Skyway extension in the Muntinlupa area still ongoing, Muntinlupeños should be assured and guaranteed that this will never happen again. We do not want to live under threat of being killed by falling debris and equipment,” Biazon added.

The project contractor, EEI Corporation, said in a statement that the crane being positioned “tilted and fell” on the steel girder, which made it fall on the vehicles under it.

Among the vehicles damaged in the incident were a taxi, van, SUV, and four motorcycles, which were passing the northbound lane.