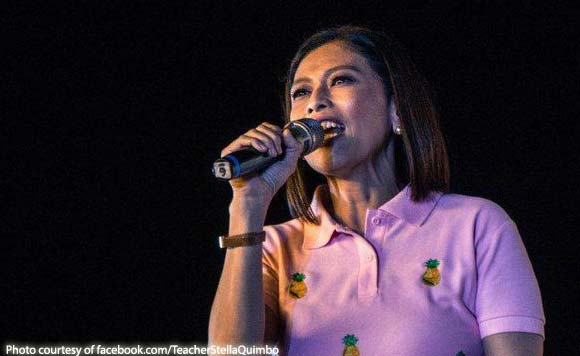 Marikina Rep. Stella Quimbo has filed a measure seeking P400 billion to boost the government’s COVID-19 response, which has been complicated by three successive typhoons that battered most parts of Luzon.

Quimbo said in House Bill No. 8031, or the proposed Bayanihan to Arise as One Act that the additional funding could be used for the government’s social amelioration program, rehabilitate areas damaged by natural calamities, sustain delivery of basic goods and services, implement high-impact infrastructure projects, assist businesses to keep them afloat, and bring the economy on the right track.

Under the proposed P4.5-trillion budget for 2021, Quimbo said only P248 billion has been allotted for pandemic response. She said the projection of the country’s economic manager of a decline of 5.5 percent in the economy is “highly unlikely” considering the contraction of 11.5 percent in the third quarter and 16.9 percent in the second quarter, based on November 10 data from the Philippine Statistics Authority.

Post Views: 67
Continue Reading
Bayanihan to Arise as One ActMarikinaRep. Stella Quimbotyphoon
0 100
Share
Politiko would love to hear your views on this...
Trending News
More Stories