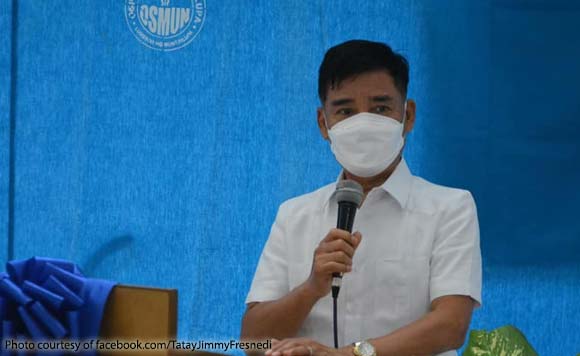 The local government of Muntinlupa, under Mayor Jaime Fresnedi, will be donating P11 million financial assistance to the provinces of Catanduanes, Albay, Camarines Sur, Batangas, Oriental Mindoro, Cagayan, and the City of Marikina, which have been affected by the onslaught of Typhoon Ulysses.

Muntinlupa City Government is set to extend P1,000,000 financial assistance to the City of Marikina. While P500,000 each will be given to the towns of Bato, San Andres, San Miguel, Baras, and Gigmoto in Catanduanes; Bato, Iriga, Calagbanga, Caramoan, Garchitorena, and Siruma in Camarines Sur; Tiwi, Ligao City, Camalig, and Malinao in Albay; Naujan and Gloria in Oriental Mindoro; Tingloy in Batangas; Alcala and Claveria in Cagayan.

Fresnedi said the donation is the city’s way of helping towns needing assistance after being battered by Typhoon Ulysses and other typhoons which affected the country in recent weeks. He also encouraged local government’s department heads and employees to also donate, whether in cash or in kind, to help the victims of the recent typhoons.

During the onslaught of Typhoon Ulysses, Muntinlupa City sent Rescue Boats and a Water Search and Rescue Team in Marikina to augment their rescue operations. Typhoon Ulysses triggered severe flooding in Marikina leaving residents stranded on top of the roof of their homes and neck-deep flood waters.