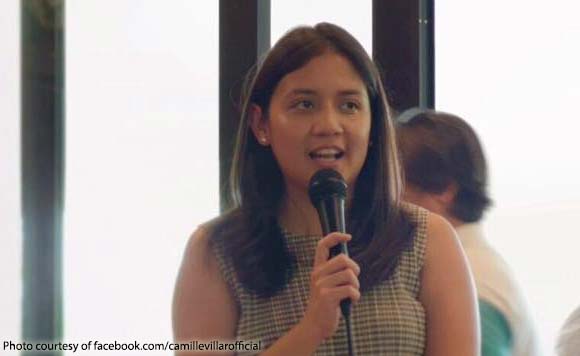 Las Piñas Rep. Camille Villar has filed a resolution honoring the first responders who put themselves in harm’s way during the height of the recent typhoons.

Filed on Tuesday, Nov. 17 as House Resolution No. 1354, Villar wants the chamber to express its “collective support and commendation to the men and women in uniform, local government units, nongovernment organizations and other private organizations and individuals for their valiant efforts in helping our countrymen in the rescue and relief operations during the recent typhoons that hit the Philippines.”

“Despite limitations in water and air assets and sophisticated equipment side-by-side with the magnitude of damage and hundreds of thousands of people affected,” emergency workers, the Armed Forces of the Philippines, Philippine National Police and Philippine Coast Guard, as well as civilian authorities, national agencies and local government units have taken active roles during calamities, and “it is most appropriate to give them commendation and recognition to the cause for humanity,” Villar said in filing the resolution.

The lawmaker also noted the “active participation, assistance and support” of the Philippine Red Cross, non government organizations, international humanitarian missions, and private individuals are “immeasurable and must be recognized accordingly.”