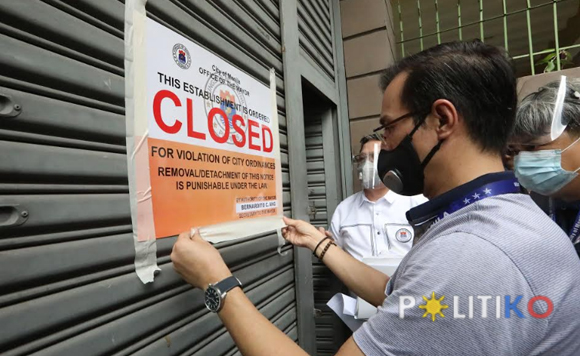 Upon investigation, the Bureau of Permits said products at the warehouse were being sold through online shops like Shopee and Lazada. The warehouse’s lessors, identified as Jerry Ong and Johnson Sy, were found to have no business permit for wholesaler and occupational permits for service personnel.

Aside from operating without business permits, the two lessors also failed to submit a license to operate issued by the Food and Drugs Administration (FDA).

Among the products found inside the first warehouse were counterfeit products such as shampoos, lotion, body wash, bath bombs, and other high-end products bearing the brands of Unilever, Procter and Gamble, Victoria’s Secret, Calvin Klein, and Bvlgari.

Boxes of Johnson and Johnson’s baby lotion, Cetaphil, bath soaps, and other medicine cosmetic products, among others, were found in the second warehouse.

Under Article 151 of the Revised Penal Code, a penalty of one month and one day to six months of imprisonment, and a fine of not exceeding P500 shall be imposed against the two lessors.