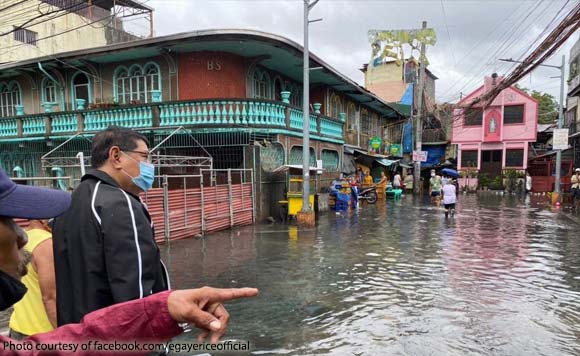 0 155
Share
Want more POLITIKO News? Get the latest newsfeed here. We publish dozens and dozens of politics-only news stories every hour. Click here to get to know more about your politiko - from trivial to crucial. it's our commitment to tell their stories. We follow your favorite POLITIKO like they are rockstars. If you are the politiko, always remember, your side is always our story. Read more. Find out more. Get the latest news here before it spreads on social media. Follow and bookmark this link. https://goo.gl/SvY8Kr

Caloocan Rep. Egay Erice made the rounds of the city’s second district on Thursday, November 12, to check on the status of flood prone areas.

Among the areas visited by Erice were barangays 119, 120, 33, 34 and 59. He also talked to residents to know their condition after Typhoon Ulysses’ onslaught.

Talking to residents along 8th Avenue, Erice found out that the repair of the canal in the area helped drain floodwater immediately despite the strong rains.