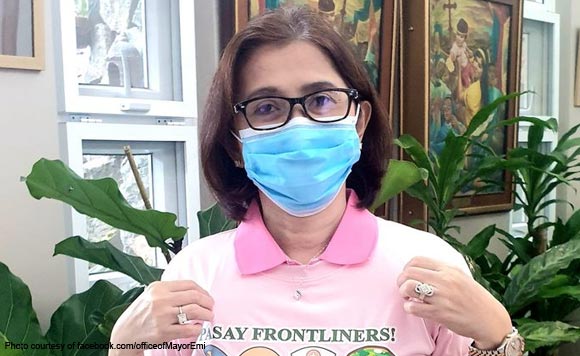 Pasay City Mayor Emi Calixto-Rubiano ordered on November 3 the turnover to the Department of Environment and Natural Resources (DENR) of a brown colored owl which was found by a city hall employee.

The owl, believed to be of the Chocolate Boobook species endemic to the Philippines, was found by Anna Bagcat, an administrative assistant at the Pasay LGU’s Human Resources Management and Development Office.

Bagcat said she was driving her car on November 3 and had just come from Ford Aseana on her way to the City Hall when she heard a thud on her vehicle’s roof. She said she pulled over the road and got out of the vehicle to find out what had happened, when she saw the huge bird which apparently fell on the car roof and later landed on the pavement.

The city hall employee took the bird with her and turned it over to Calixto-Rubiano, who then instructed one of her staff to contact the DENR for the turnover.

DENR personnel arrived at the city hall and received the owl from Calixto-Rubiano.