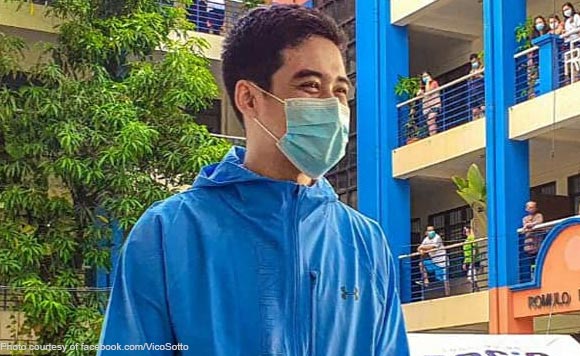 0
9
Want more POLITIKO News? Get the latest newsfeed here. We publish dozens and dozens of politics-only news stories every hour. Click here to get to know more about your politiko - from trivial to crucial. it's our commitment to tell their stories. We follow your favorite POLITIKO like they are rockstars. If you are the politiko, always remember, your side is always our story. Read more. Find out more. Get the latest news here before it spreads on social media. Follow and bookmark this link. https://goo.gl/SvY8Kr

Pasig Mayor Vico Sotto may be a politiko, but he shares the funny bone of his dad, Vic Sotto.

Sotto joked about his outfit as he inspected Pasig’s pumping stations Saturday, October 31, ahead of typhoon Rolly’s onslaught.

The mayor posted on his Facebook page a photo which showed him in a blue and white striped polo, which were the colors painted on the pumping stations’ walls.

Sotto said the pumping stations have not yet been officially turned over by the contractors to the city government, though they can already be used in case of emergency.

He was accompanied by members of the city engineering and disaster risk reduction and management office in his inspection of the pumping stations.