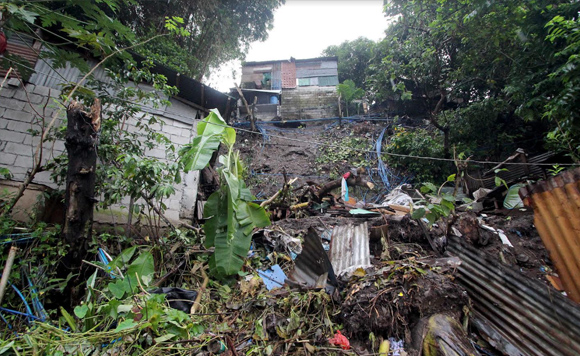 The Quezon City government has relocated 25 families from a two-storey residential building in Payatas who were affected by a landslide caused by heavy rains last week.

According to the city government, six of the 25 families that needed immediate relocation were transferred to the QC Housing Project No. 17 located in the same barangay.

Atty. Jojo Conejero, Acting Assistant Department Head of the Housing, Community Development and Resettlement Department (HCDRD), said the city government is coordinating with the National Housing Authority (NHA) for the relocation of the 19 remaining families that are living near the area of the landslide.

Conejero said the NHA is national agency tasked to relocate families living in high-risk locations, such as waterways and other areas that are dangerous during calamities.

Quezon City mayor Joy Belmonte said six of the 25 families relocated from Payatas had their homes destroyed by the landslide. She vowed to give them financial assistance for the installation of needed utilities at the relocation site.

Myke Marasigan, head of the Disaster Risk Reduction and Management Office (DRRMO), said his office has already cordoned off the area to prevent residents from returning to their homes.

“The area has been declared as prone to erosion and no longer safe for residents, especially during heavy and continuous downpours,” said Marasigan.