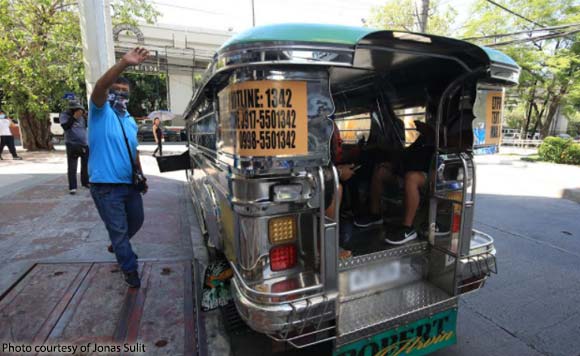 0 61
Share
Want more POLITIKO News? Get the latest newsfeed here. We publish dozens and dozens of politics-only news stories every hour. Click here to get to know more about your politiko - from trivial to crucial. it's our commitment to tell their stories. We follow your favorite POLITIKO like they are rockstars. If you are the politiko, always remember, your side is always our story. Read more. Find out more. Get the latest news here before it spreads on social media. Follow and bookmark this link. https://goo.gl/SvY8Kr

Nearly 5,000 more traditional public utility jeepneys (PUJ) have returned to the streets of Metro Manila after almost seven months of quarantine measures due to the coronavirus disease 2019 (Covid-19) pandemic, the Land Transportation Franchising and Regulatory Board (LTFRB) said on Tuesday.

In a Facebook post, the LTFRB said that 4,820 traditional jeepneys have been allowed to ply in 44 new and reopened routes beginning October 10.

In a Palace presser on Tuesday, Presidential Spokesperson Harry Roque said the Cabinet of President Rodrigo Duterte approved the “one-seat-apart” policy in public transport during the 48th Cabinet meeting on Monday.

Roque said the one-seat-apart policy will replace the “one-meter” physical distancing policy among commuters previously being implemented in public transport.

He said the need to revitalize the economy is the main reason behind the Cabinet’s decision to approve the one-seat-apart policy.

“The fact that we needed really to open the economy because the lockdowns have been causing poverty and malnutrition on the part of our children and the fact that we have the seven commandments,” he said.

The seven commandments for all public transport, he said, are wearing of face masks; wearing of face shield; no talking and no eating; adequate ventilation; frequent and proper disinfection; no symptomatic passengers, and appropriate physical distancing. (PNA)