Alan Cayetano thanks Recto for ‘warm and sincere’ appreciation 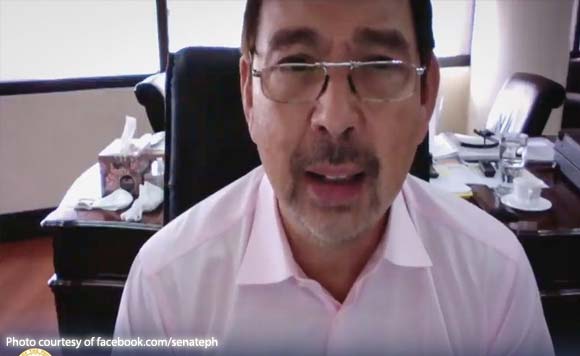 0 97
Share
Want more POLITIKO News? Get the latest newsfeed here. We publish dozens and dozens of politics-only news stories every hour. Click here to get to know more about your politiko - from trivial to crucial. it's our commitment to tell their stories. We follow your favorite POLITIKO like they are rockstars. If you are the politiko, always remember, your side is always our story. Read more. Find out more. Get the latest news here before it spreads on social media. Follow and bookmark this link. https://goo.gl/SvY8Kr

Taguig-Pateros Rep. Alan Peter Cayetano on Tuesday thanked Senator Ralph Recto for the “warm and sincere appreciation” of his hard work and performance as House Speaker for more than a year.

Cayetano was referring to a statement Recto had issued on Tuesday, October 13, describing his term as House Speaker as “short but spectacular.”

“He passed all the bills the Palace requested, plus those which are products of the House’s policy ingenuity, which he harnessed in full,” Recto said in a statement released on the same day Cayetano tendered his irrevocable resignation as House Speaker.

Cayetano said the past 15 months of his Speakership “have been challenging yet very fulfilling because we were able to lay the foundations of transforming the House of Representatives to become the House of the people.”

“I am optimistic that Senator Recto and I as well as our colleagues in the House of Representatives can continue to work in support of our distressed Overseas Filipino Workers (OFWs), including those repatriated as a result of the COVID-19 pandemic,” he added.