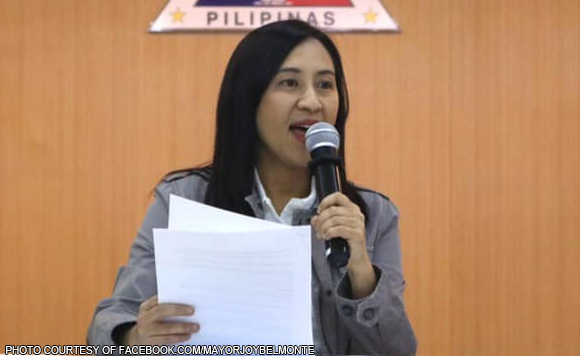 0 63
16
Want more POLITIKO News? Get the latest newsfeed here. We publish dozens and dozens of politics-only news stories every hour. Click here to get to know more about your politiko - from trivial to crucial. it's our commitment to tell their stories. We follow your favorite POLITIKO like they are rockstars. If you are the politiko, always remember, your side is always our story. Read more. Find out more. Get the latest news here before it spreads on social media. Follow and bookmark this link. https://goo.gl/SvY8Kr

Quezon City Mayor Joy Belmonte on Monday paid tribute to the perseverance and sacrifices of the city’s frontliners and other workers in her second State of the City Address (SOCA) Monday, October 13.

Belmonte said the sacrifices of frontliners were not in vain as they helped the city improve from No. 3 in the National Capital Region (NCR) in terms of COVID-19 cases per capita to No. 15 out of 17 local governments in Metro Mania.

While fighting COVID-19, Belmonte said the city government also took the necessary steps to address the needs of its citizens amid the pandemic.

To arm itself with enough resources to fight the pandemic and to provide for the needs of its citizens, the city government passed five supplemental budgets and reprogrammed funding worth over P12 billion.

Belmonte said the lion’s share of the fund was utilized to provide financial assistance to residents affected by the pendemic.

The QC Social Amelioration Program has aided more than 177,000 qualified families that were not covered by the SAP of the national goverment.

The local government also earmarked around P700 million for the Kalingang QC sa Negosyo Wage Relief Program for micro and small enterprises to ensure that jobs and livelihood are protected.