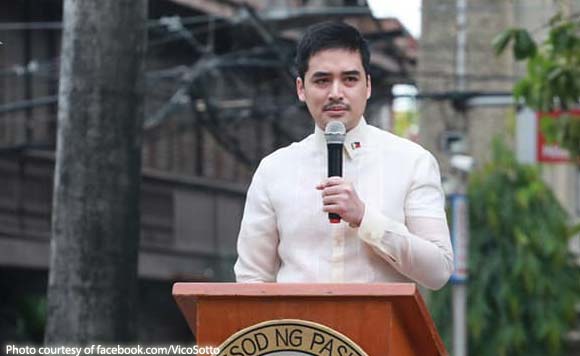 0 35
45
Want more POLITIKO News? Get the latest newsfeed here. We publish dozens and dozens of politics-only news stories every hour. Click here to get to know more about your politiko - from trivial to crucial. it's our commitment to tell their stories. We follow your favorite POLITIKO like they are rockstars. If you are the politiko, always remember, your side is always our story. Read more. Find out more. Get the latest news here before it spreads on social media. Follow and bookmark this link. https://goo.gl/SvY8Kr

Pasig Mayor Vico Sotto recently met with stakeholders in the transportation sector to update them about the city’s projects.

In a Facebook post, Sotto said among the topics discussed in the meeting were: planning for public transport central terminal, the anti-colorum task force, loading and unloading zones in areas with bike lanes, and contact tracing via QR codes.

Sotto said it was important to engage transportation stakeholders in improving the flow of traffic in Pasig.