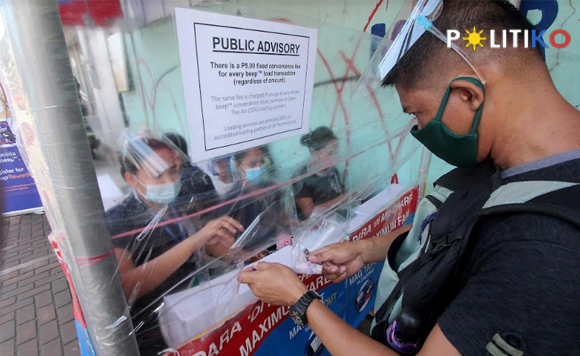 MANILA – The mandatory use of beep cards for the Edsa Busway has been suspended for at least five days after its operator refused to give its cards for free despite repeated pleas from the Department of Transportation (DOTr).

In a televised interview over ANC on Monday, DOTr Secretary Arthur Tugade said the “no Beep card, no ride” policy for buses along the Edsa buses beginning Thursday was temporarily suspended until the issue with the pricing for beep cards is resolved.

Edsa Busway passengers, he said, may choose to use a beep card to pay inside the bus or to pay with cash before boarding.

Following the refusal of AF Payments Inc.’s (AFPI) — the operator of the beep card cashless payment system — to waive or lower its price, Tugade said he was surprised to learn that the company charges much higher if the card is purchased without load.

He noted that Radio Frequency Identification (RFID) stickers and cards for cashless transactions in expressways surrounding Metro Manila have been provided for free by its operators — Metro Pacific Tollways Corporation and San Miguel Corporation — unlike AFPI.

On Sunday, the DOTr and the Land Transportation Franchising and Regulatory Board announced the suspension of the mandatory use of beep cards.

It said the Edsa Bus Consortium, a group composed of bus operators operating in the Edsa Busway, will look for another automated fare collection system to replace the beep card system to ease the burden of commuters. (PNA)