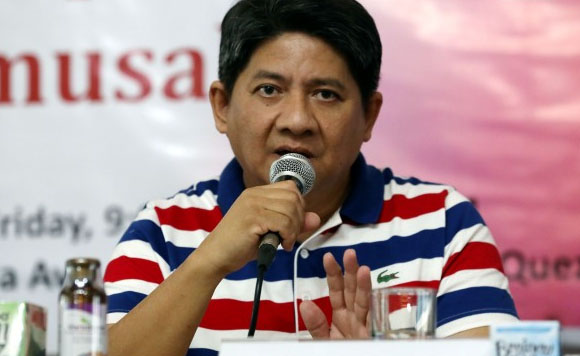 0 128
5,509
Want more POLITIKO News? Get the latest newsfeed here. We publish dozens and dozens of politics-only news stories every hour. Click here to get to know more about your politiko - from trivial to crucial. it's our commitment to tell their stories. We follow your favorite POLITIKO like they are rockstars. If you are the politiko, always remember, your side is always our story. Read more. Find out more. Get the latest news here before it spreads on social media. Follow and bookmark this link. https://goo.gl/SvY8Kr

“Leonen deliberately delayed the PET case of BBM (Marcos) because they know that of all of the 3 causes of action are appreciated and deliberated BBM will win!” said lawyer Larry Gadon in a statement.

Gadon issued the statement after the PET issued a resolution asking the Commission on Elections (Comelec) and the Office of the Solicitor General (OSG) for comments concerning the election protest.

The last time the PET issued an order concerning the election protest was back in October when the tribunal ordered the release to the parties the report of revision of ballots conducted on three pilot provinces of Camarines Sur, Iloilo and Negros Oriental.

“Eleven months and all he could do was to ask Comelec and OSG to file Comment???” declared the lawyer.

“Even during the time of lockdown that one page one paragraph Order to Comment can be done easily ,but he did not!” he pointed out.

Meanwhile, Gadon has been asking the OSG to file a quo warranto petition before SC against Leonen over allegations that the magistrate had failed to file his statements of assets, liabilities and net worth (SALN).