NBI exec nabbed for extortion now out on bail 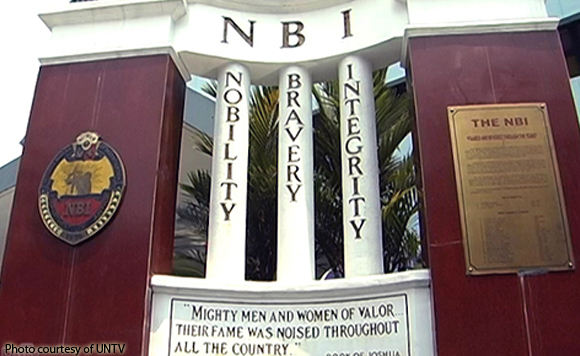 0 58
7
Want more POLITIKO News? Get the latest newsfeed here. We publish dozens and dozens of politics-only news stories every hour. Click here to get to know more about your politiko - from trivial to crucial. it's our commitment to tell their stories. We follow your favorite POLITIKO like they are rockstars. If you are the politiko, always remember, your side is always our story. Read more. Find out more. Get the latest news here before it spreads on social media. Follow and bookmark this link. https://goo.gl/SvY8Kr

Arrested legal section chief of the National Bureau of Investigation has been allowed to post bail by a Manila court, but set to appear before for his arraignment on Wednesday morning, official documents bared.

Capiral and his younger brother, Christopher John Capiral, a Bureau of Immigration Officer were charged of robbery, extortion, violation of Republic Act 3019 or National Security Clearance System for Government Personnel with access to Classified Matters” and Republic Act 6713 or the Code of Conduct and Ethical Standards for Public Officials and Employees.

Manila Regional Trial Court Branch 18 Judge Carolina Icasiano- Sison ordered the release of Capiral after posting bail of P90,00 for RA 3019, robbery and extortion,P100 thousand each and P30,00 for RA 6713.

The Capiral brothers were arrested by Special action Unit of the NBI inside the bureau’s building last week in an entrapment operation on the orders of NBI Director Eric Distor, following an extortion complaint by one of the accused in the pastillas scheme case.