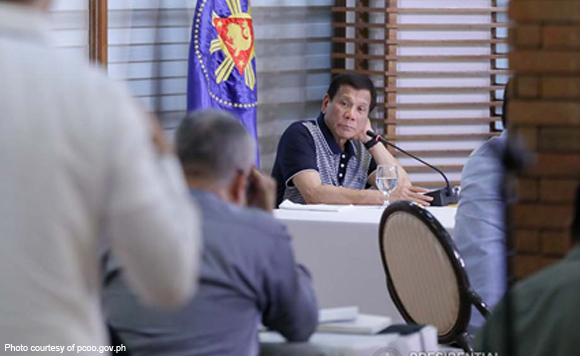 0 117
Share
Want more POLITIKO News? Get the latest newsfeed here. We publish dozens and dozens of politics-only news stories every hour. Click here to get to know more about your politiko - from trivial to crucial. it's our commitment to tell their stories. We follow your favorite POLITIKO like they are rockstars. If you are the politiko, always remember, your side is always our story. Read more. Find out more. Get the latest news here before it spreads on social media. Follow and bookmark this link. https://goo.gl/SvY8Kr

Presidential Spokesperson Harry Roque told state-run PTV4 that Duterte called him as the House was voting on the motion to reject Cayetano’s offer to resign as Speaker.

Cayetano offered to resign as Speaker a day after Duterte told him and Velasco to honor the term sharing agreement.

Velasco had insisted that Cayetano’s last day as Speaker should be on September 30, with the former assuming the speakership immediately afterwards.

Cayetano’s offer to resign was rejected by 184 lawmakers.

No fake crowds: Lacson thankful for supporters who keep…