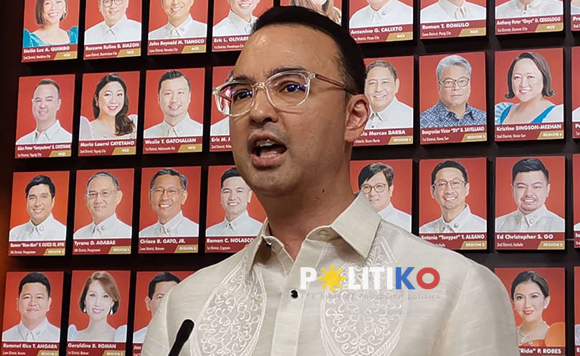 The House of Representatives rejected Speaker Alan Peter Cayetano’s offer to quit his post on Wednesday a day after his meeting with President Rodrigo Duterte and Marinduque Rep. Lord Allan Velasco, in which they supposedly agreed to honor the term-sharing deal.

In a privilege speech Cayetano confirmed that Duterte agreed to have the deal completed on October 14, but only after repeatedly asking Velasco to move the date to December, which the latter rejected.

The Taguig lawmaker lambasted Velasco for allegedly insisting on their “gentleman’s agreement” despite the demands of the budget approval amid the Covid-19 pandemic.

“I will not be a party to letting the President down so I am offering my resignation here and now to you my dear colleagues,” Cayetano said.

“Please don’t vote on party lines,” he said. “Don’t accept or deny because of positions or what the President may say or what I might think. Bumoto kayo sakin or hindi, you are my friends, my colleagues,” he said.

But Anakalusugan party-list Rep. Mike Defensor made a motion to reject Cayetano’s resignation, seconded by Bulacan Rep. Jose Antonio Sy-Alvarado. There were no objections.

Defensor asked the presiding officer to put the matter to a nominal vote to remove any doubt on the decision. But Surigao del Norte Rep. Robert Ace Barbers asked why there was a need for nominal voting when nobody objected anyway.

After a few minutes’ suspension, Deputy Speaker Raneo Abu then decided to put the matter to nominal voting.