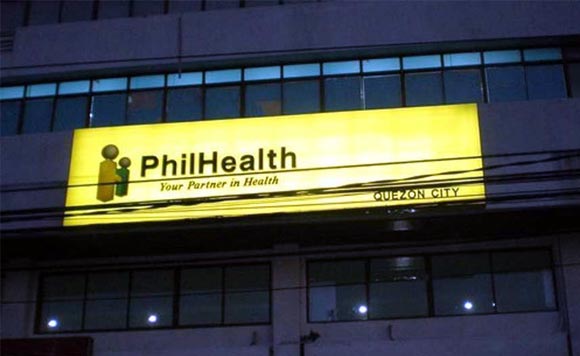 0 59
Share
Want more POLITIKO News? Get the latest newsfeed here. We publish dozens and dozens of politics-only news stories every hour. Click here to get to know more about your politiko - from trivial to crucial. it's our commitment to tell their stories. We follow your favorite POLITIKO like they are rockstars. If you are the politiko, always remember, your side is always our story. Read more. Find out more. Get the latest news here before it spreads on social media. Follow and bookmark this link. https://goo.gl/SvY8Kr

“Wala pong magbabago, mga mukha lang, matatanggal lang po ang korapsyon kapag nabuwag at bumuo ng bagong organisasyon na gaganap din ng ginagawa po ng PhilHealth (Not much will change, only the personalities, corruption will only be eradicated if [PhilHealth] will be abolished and create a new organization that will continue the function of PhilHealth),” Roque said in a virtual presser.

In his televised public address on Monday night, Duterte said he would propose to Congress the abolition of the embattled PhilHealth as a “surgical move” to address corruption in the state firm.

“Itong (This) PhilHealth, I am going to propose to Congress to abolish the (PhilHealth),” Duterte said after meeting with the Inter-Agency Task Force for the Management of Emerging Infection Diseases (IATF-EID).

Duterte said he prefers to replace PhilHealth with a new agency rather than privatizing the state corporation.

“Create a new agency out of that — out of the ruins of that old one (PhilHealth),” he said.

The President said he is ready to appear in Congress to discuss with the lawmakers how to end corruption in government.

“But they should allow me to talk first then discuss how we can cut corruption. Simplify the Ease of Doing Business. I have some recommendation, almost radical,” Duterte said. “Kaya walang ibang remedy diyan (There is no other remedy there). It must be a surgical move.”

Duterte discussed his plan for PhilHealth in front of Health Secretary and PhilHealth chairman Francisco Duque III, a member of IATF-EID.

Roque said Duterte’s “shaking the tree” was figurative since the Chief Executive already gave new PhilHealth President and Chief Executive Officer Dante Gierran until December this year to “to fix up the mess in PhilHealth.”

“Kinakailangan talaga tanggalin ang mga bulok diyan sa PhilHealth at kung hindi talaga magawa iyan by December, well kinakailangan ng batas para buwagin po iyan at palitan ng bago (There is really a need to remove rotten [eggs] there in PhilHealth and if it will not be done by December, well, a new law is needed to revamp and replace it with new [agency],” Roque said. “Iyon lang po ang intensyon ng Presidente (That’s the only intention of the President).

Roque, however, said Duterte still believes that PhilHealth has many officials and employees who are not involved in corruption.

“Iyong mga matitino naman po, wala kayong dapat alalahanin dahil alam naman po ng Presidente kung sino talaga ang bulok at sino ang matino (Those who are not corrupt, you have nothing to worry because the President knows who are corrupt and who are honest),” he said.

He said government employees can only be removed through due process under the Civil Service law.

Duterte earlier approved the recommendation of the inter-agency task force led by the Department of Justice to file charges against at least six former and current officials of the PhilHealth) for their involvement in the alleged anomalies in the government insurer.

Last month, Duterte created the task force to look into the supposed overpriced purchase of information and community technology (ITC) equipment of PhilHealth.

Roque, during the Palace briefing, said more officials are expected to face charges as the task force continues to look into the deep-rooted corruption in PhilHealth.

Resign offer is out of frustration

Roque said he has no details about Duterte’s offer to resign due to endless corruption in government.

He said Duterte’s zero tolerance against corruption has prompted him to talk about quitting the presidency he won in 2016.