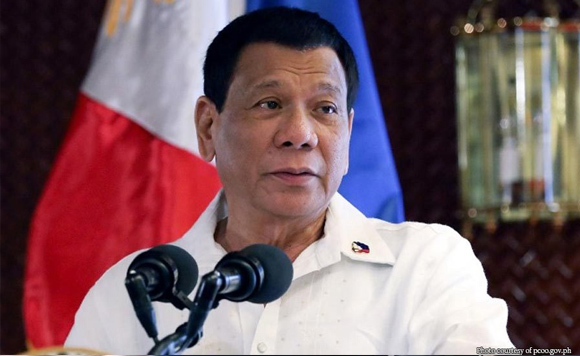 0 70
Share
Want more POLITIKO News? Get the latest newsfeed here. We publish dozens and dozens of politics-only news stories every hour. Click here to get to know more about your politiko - from trivial to crucial. it's our commitment to tell their stories. We follow your favorite POLITIKO like they are rockstars. If you are the politiko, always remember, your side is always our story. Read more. Find out more. Get the latest news here before it spreads on social media. Follow and bookmark this link. https://goo.gl/SvY8Kr

President Rodrigo Roa Duterte will consider declaring a “climate emergency” in the Philippines to help achieve its goals under the Paris Agreement, Malacañang said Monday.

Presidential Spokesperson Harry Roque said that while it will be up to the President to decide on Greenpeace’s proposal, Duterte recognizes the importance of addressing climate change.

Roque explained the Philippines is among the countries most affected by the effects of climate change.

“Isa kasi tayo sa parang top 5 o top 10 countries na pinakamaaapektuhan ng climate change ‘no at kung hindi nga po maaabatan ang climate change baka lumubog ang malaking teritoryo ng Pilipinas ‘no pagdating ng panahon (We are, I think, among the top 5 or 10 countries most affected by climate changes and if we cannot do something about it now, then there’s a possibility that a large part of the Philippines’ territory will sink in the future),” he said.

Climate change, he said, is among Duterte’s top priorities.

“Ang masasabi ko lang po, top of the agenda po ng ating Presidente iyan (All I can say is, that’s at the top of the President’s agenda), and the President will consider the suggestion made by Greenpeace,” he added.

In his speech before the UNGA last Wednesday, Duterte said that climate change has “worsened” the ravages of the pandemic.

He said it was just as important to address climate change as urgently as the coronavirus disease 2019 (Covid-19) pandemic.

“The same urgency needed to fight Covid-19 is needed to address the climate crisis. This is a global challenge that has worsened existing inequalities and vulnerabilities from within and between nations,” he said.

In 2017, Duterte signed the Paris Agreement which aims to reduce the emission of gases that contribute to global warming.

He previously had doubts over signing the treaty, fearing it would limit the country’s industrialization.

In a statement, Greenpeace country director Lea Guerrero urged Duterte to issue an executive order “to put climate action at the center of all policy decision-making from local to national level.”

“Aside from calling in countries to enhance their commitments to the Paris Agreement, the declaration must also be a call for climate justice and hold big polluters — fossil fuel and cement companies — accountable for their role in driving climate change, which has placed millions of Filipinos in vulnerable situations with loss of lives, homes, and livelihoods,” Guerrero said. (PNA)