US rescinded prize to Finnish journalist for tweeting on Trump: watchdog 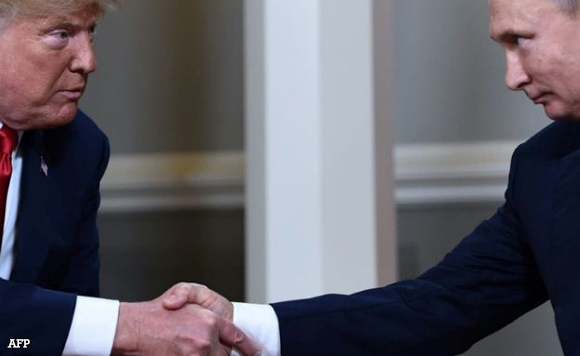 0 59
1
Want more POLITIKO News? Get the latest newsfeed here. We publish dozens and dozens of politics-only news stories every hour. Click here to get to know more about your politiko - from trivial to crucial. it's our commitment to tell their stories. We follow your favorite POLITIKO like they are rockstars. If you are the politiko, always remember, your side is always our story. Read more. Find out more. Get the latest news here before it spreads on social media. Follow and bookmark this link. https://goo.gl/SvY8Kr

The State Department rescinded an award for a Finnish journalist who reported on Russian disinformation after spotting her social media postings critical of President Donald Trump, an internal review said Friday.

The State Department’s inspector general found that Secretary of State Mike Pompeo had agreed to give the International Women of Courage award, to be presented in March 2019 for International Women’s Day, to journalist Jessikka Aro.

A cable from the US embassy in Helsinki had nominated her, pointing to her work exposing “disinformation campaigns perpetuated by Russia’s social media propaganda machine” for which she received death threats.

After she was notified of the award but before the ceremony, the State Department “discovered social media posts by Ms. Aro that were critical of the president,” the inspector general’s report said.

At that point, the State Department “decided to rescind the award to Ms. Aro,” it said.

The inspector general did not find any legal wrongdoing, saying the selection of award recipients was purely within the discretion of the State Department.

But the report said that the State Department inaccurately denied to reporters and Congress that her social media posts were the issue, falsely contending that she had been erroneously informed she was receiving the award.

Robert Menendez, one of a number of Democratic senators who had requested the investigation, said that Pompeo “should have honored a courageous journalist willing to stand up to Kremlin propaganda.”

“Instead, his department sought to stifle dissent to avoid upsetting a president who, day after day, tries to take pages out of Putin’s playbook,” said Menendez, the top Democrat on the Senate Foreign Relations Committee.

“The State Department owes Ms. Aro an apology,” he said in a statement.

Among posts pointed out by the report, Aro retweeted a news article about threats to Boston Globe journalists and noted how Trump frequently decries “fake news.”

In another tweet, she said that a “Russian troll factory” was organizing pro-Trump protests as he visited Helsinki to meet Russian President Vladimir Putin, and wrote approvingly of protests against both leaders.

Trump faced wide criticism after the 2018 summit for appearing to accept Putin’s denials, in contradiction of US intelligence, that Russia did not intervene in the 2016 US election. Agence France-Presse