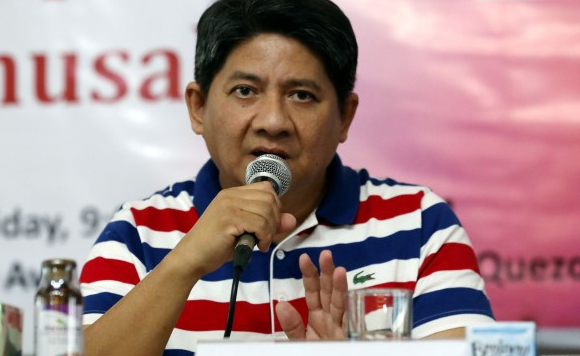 0 59
58
Want more POLITIKO News? Get the latest newsfeed here. We publish dozens and dozens of politics-only news stories every hour. Click here to get to know more about your politiko - from trivial to crucial. it's our commitment to tell their stories. We follow your favorite POLITIKO like they are rockstars. If you are the politiko, always remember, your side is always our story. Read more. Find out more. Get the latest news here before it spreads on social media. Follow and bookmark this link. https://goo.gl/SvY8Kr

Lawyer Larry Gadon on Friday (Sept. 25) appealed to the Supreme Court (SC) to grant his request to give him copies of the statements of assets, liabilities and net worth of (SALN) of Associate Justice Marvic Leonen.

Gadon pointed out that it is “the right of any citizen for access on SALNs is clearly provided under the law.”

The lawyer filed the appeal after the SC turned down last Sept. 15 his and Solicitor General Jose Calida’s request for copies of Leonen’s SALNs.

“The Supreme Court granted the same request in the case of Atty. Maria Lourdes Sereno hence it should be granted in the instant request for SALNs of AJ Marivic Leonen,” Gadon reminded the high tribunal.

Gadon was able to get from the SC copies of her SALNs before she got ousted via a quo warranted petition Calida filed before the high tribunal in 2018.

“If Atty. Lourdes Sereno was ousted from the Supreme Court due to lack of integrity as exemplified by her non-filing of SALNs in UP for many years, then there is no reason why the same standard should not be applied to Associate Justice Marivic Leonen,” stressed the lawyer.